BY DAVID SHAMAH October 6, 2015, 5:32 pm
Come Friday, a tech project with strong roots in Israel could conceivably snag the country an honor it hasn’t been granted in over 20 years. Among the candidates for this year’s Nobel Peace Prize is solar energy company Gigawatt Global, whose co-founder Yosef Abramowitz told The Times of Israel that he really believes Gigawatt might have a shot at the prize.
It may be a very long shot: There are 273 candidates for the 2015 peace prize — 205 individuals and 68 organizations. But considering the weight being given to climate issues – on his recent visit to the United States, Pope Francis called for “bold action” to address one of the most serious problems facing the world – Abramowitz is convinced he has a chance. 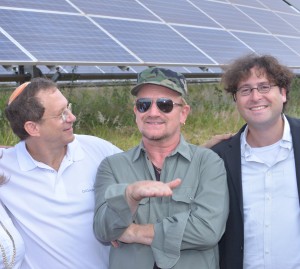 This entry was posted in In the News, Press, Rwanda. Bookmark the permalink.