23 January, 2020 -- (BUJUMBURA) Frontier renewable energy developer EnergiyaGlobal, with operations in Africa and Jerusalem, will be bringing light to Burundi, one of the most energy-poor countries on the planet. Notice to proceed for the full construction works was given today for the 7.5 MW solar project, which will supply 15% of the country’s generation capacity and fill the power needs of around 87,000 people and businesses.

“Bringing clean energy to one of the world’s least developed countries fulfills EnergiyaGlobal’s mission to be a premier impact platform of choice for renewables in Africa. We accomplished this pioneering project together with supporters from across the entire development spectrum, including innovative financial products being deployed for the first time with this project. We believe this demonstrates how solar power can be implemented in other developing markets, while decreasing dependency on costly and polluting diesel generators.” says Michael Fichtenberg, VP of finance and business development for EnergiyaGloba.

EnergiyaGlobal, which inaugurated sub-Sahara Africa’s first utility-scale solar field in 2014 in Rwanda with a high-profile visit of U2’s Bono, kicks off in Burundi a 10-country African solar and wind pipeline for the decade. The Company is investing in very high-impact green energy projects, with a pipeline of 350 MW, and is currently pursuing a Series A institutional investment round to expand its reach. EnergiyaGlobal’s Burundi project, located 10 kilometers from Gitega city, is the largest private sector investment in Burundi’s energy sector in 30 years, and will be the first permanent power station built in that time.

“It takes a global village to bring utility-scale green energy to where it is needed most in Africa,” says Yosef Abramowitz, CEO of EnergiyaGlobal, and named by CNN as one of the world’s six leading ‘Green Pioneers’. “Following the lack-luster United Nations climate conference, we are demonstrating to the world that it is possible to create and scale a business model to achieve, especially in frontier markets, many of the United Nations Sustainable Development Goals (SDGs). Greta Thunberg is rallying the world to stop burning fossil fuels; we are actively transitioning the energy economies of African countries to wind and solar.”

The project will provide 300 temporary jobs during construction, will support up to 50 permanent jobs during the 25-year operational phase.

Yosef Abramowitz added: “We are proud to kick-off the UN’s Decade of Action toward fulfillment of the Sustainable Development Goals with this landmark solar investment. We have operations in 10 African countries and look forward to expanding our partnerships so that we can bring power to the people of Africa and actively fight the climate crisis.”

(Kigali, Rwanda) – Only 12 months after the official signing of the Power Purchase Agreement (PPA), Gigawatt Global has succeeded in financing, constructing and interconnecting a $23.7 million solar energy plant, culminating in a ceremonial ribbon-cutting event. Rwanda’s Minister of … Continue reading →

Jerusalem, June 5, 2014 — US Energy secretary Ernest Moniz announced yesterday in Addis Ababa that Energiya Global Capital is the only Israeli company to join the founding members of Power Africa’s Initiative Beyond the Grid. Two out of three … Continue reading →

Jerusalem, Israel, May 15, 2014 — In a ceremony at the Knesset, attended by Israeli dignitaries as well as friends and family of this year’s seven prize winners, Yosef Abramowitz, 50, accepted the Bonei Tzion prize in the category of … Continue reading → 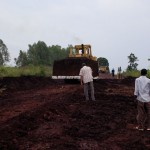