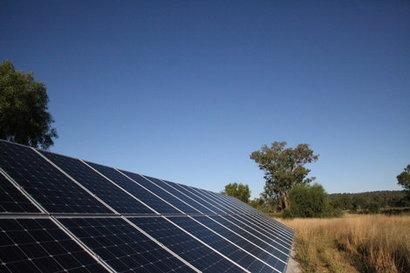 Gigawatt Global has officially launched its  $23.7 million  solar energy plant in the East  African country of Rwanda,  which the  company financed, constructed and  interconnected 12 months after the official  signing of the  Power Purchase Agreement.  The facility was opened on  February 5th   with a ceremonial ribbon-cutting event led  by  led by Rwanda’s Minister of  Infrastructure, Hon. James  Musoni, and  the Chief of Staff of the U.S. Government’s  Overseas Private Investment Corporation  (OPIC), John Morton. International  representatives of the partners that developed the landmark project were also in attendance.

The 8.5 MW solar farm is located at the Agahozo-Shalom Youth Village (ASYV), a residential community and farm which aims to provide care for Rwanda’s most vulnerable children orphaned before and after the Rwandan genocide. The village has leased the land to house the solar facility, the fees from which will help pay for a portion of the Village's charitable expenses. Gigawatt Global will also be providing training on solar power to students of the Liquidnet High School on the grounds of the Youth Village.

This entry was posted in In the News. Bookmark the permalink.