By Yosef I. Abramowitz 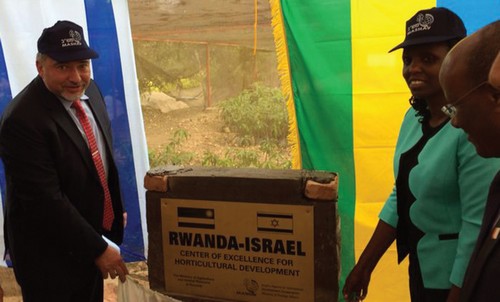 The white Airbus A320, chartered by the Israel Export Institute, buzzed with business people, diplomats, Members of Knesset, the security detail and our own mission doctor.

While Europe’s economy stagnates and BDS creeps in, Africa is rising. Six out of the 10 fastest growing economies are in Africa, as well as a quarter of the votes in the United Nations. Yet even though Israel has proximity to the continent, only three percent of our trade is with Africa. All five of the African countries on the foreign minister’s itineray requested an Israeli company that develops solar fields. And no wonder.

Six hundred million people in Africa are literally powerless, while a couple of hundreds of millions more are afflicted with expensive power from dirty diesel.

Over the past three years we have witnessed a shift in global and African priorities, from foreign aid to foreign investment. There is not enough charity in the world to scale energy solutions that can drive positive social and economic growth. US President Barak Obama, realizing this, has launched two ground-breaking electrification initiatives – Beyond the Grid and Power Africa – with promises of billions of dollars in investments and loans. And other multilateral financing agencies have also pledged massive amounts.

The Israeli foreign minister, in each of the diplomatic and business receptions and conferences that crowded the long days, invoked the Start-Up Nation brand, yet was always brief and appropriate in his manner and words.

On the five-and-a-half hour flight from Ghana to Ethiopia, I gently encouraged him to stretch a bit, to tap into the hope many Africans associate with Israel and the Jewish people.

Doing business in Africa is doing business with history. Businessmen in Ghana insisted that they are descended from the lost Israelite tribe of Kush. In Ethiopia, references to King Solomon and the Queen of Sheba peppered nearly every conversation, as common spiritual ground was established in order to to establish trust .

MODERN JEWISH history also came alive, as Ethiopian aliya activists and former Knesset Members Addisu Massale and Shlomo Mula mixed with current Yesh Atid MKs Shimon Solomon and Pnina Tamano-Shata. To see the four of them together, especially in Ethiopia, is to witness the history of the protests for aliya and equality over the past 30 years.

“There is more to be done for klita [absoption],” insisted Tamano-Shata, as we sip strong Ethiopian coffee and marvel at her journey from deputy chair of the Ethiopian Students Association to Deputy Speaker of the Knesset.

In one meeting, an African minister leans forward to tell me with pride, “There are over 100,000 Ethiopian Jews in Israel, you know.”

At the final diplomatic reception in Addis Ababa, Liberman was beaming and uncharacteristically relaxed. He and his Ethiopian counterpart met six times in 20 hours, and several times publically called each other “brothers.”

The warmth was genuine, Russian accent and all, as the Ethiopian foreign minister toasted “L’chayim!” I met a former rebel leader, now involved in promoting enterprises with a social dimension. “For 17 years we fought the government,” he says. “Now you must help us fight poverty.” Another businessman, involved in spices and seeds, wanted to tell me that “Israel is the spiritual center of the world. Your economy has been Chosen.”They don’t speak that way about us in Europe. Most of Africa’s leaders expect Israel to become a superpower of goodness, with our water, green energy, agricultural and security technologies and know-how.

Leaving behind the turbulent politicial minefield that is Israel – the delegation took off immediately after the presidential vote – it was refreshing to see the politicians find common cause in advancing African relations and development. Joining Yirsrael Beytenu’s Liberman and the two Yesh Atid MKs is Labor maverick Merav Michaeli, who is co-chairing with Solomon and Tamaro-Shata the new Knesset lobby for Israel-Africa relations.

“This is my first trip to Africa,” she says one night at 2 a.m. as we wait for our luggage. “I am motivated for Israel to be a partner in advancing human development.”

Liberman may or may not have the same motivations – I suspect he does, but third to strategic and trade considerations – but there is no doubt that the effect is the same. On the flight there are defense and communications companies, as well as water, educational, infrastructure and agricultural companies.

In the Golda Age of African-Israel relations – she famously sent technical advisers to dozens of newly independent African states – Israel had an observer seat at the Organization of African Unity. Liberman correctly is asking African leaders on this trip to support an Israeli observer seat at the African Union. Only here do we feel the reverberations of the conflict with the Palestinians, as Islamic members of the AU voice their objections and sacrifice the needs of their populations on the altar of Middle East politics.

Observer or not, Liberman has already won. We could only visit five nations on this tour – Rwanda, Ivory Coast, Ghana, Ethiopia and Kenya – but so many others wanted to be added.

We put $1 billion of solar proposals on ministerials tables, hoping to revolutionize energy in Africa. Israeli knowhow, investment and risk management, along with a humanitarian instinct, can drive not only profitable and humanitarian development in Africa, but also a re-alignment of Israel’s position on the world stage.

The writer serves as CEO of Energiya Global Capital, a Jerusalem-based solar developer. He was recently named for the fourth consecutive year to The Jerusalem Post’s list of ‘Most Influential Jews’ and can be followed on Twitter @kaptainsunshine.