Israel faces the prospect of freeing itself from dependence on foreign oil in the near future, with potentially transformative impact on the country’s economic and political future, two experts agreed Sunday during the American Israel Public Affairs Committee conference in Washington.

But Yosef Abramowitz and Harold Vinegar, two entrepreneurs seeking to upend Israel’s energy future, differed radically in their respective visions of Israel’s path toward this goal at a Sunday breakout session at the annual gathering.

Hailed as “Captain Sunshine,” Abramowitz wants Israel to become a leader in solar energy production. As the co-founder of the Israeli solar energy firms Arava Power Company and Energiya Global, he has helped build several solar fields in Israel and is working to build solar projects in developing countries as well. He is also considering a run for Israel’s presidency as the incumbent,Shimon Peres, prepares to retire; he told the Forward he will decide next week.

Abramowitz said climate change has added urgency to his quest to build a clean energy economy.

“As a species we’re running out of time,” Abramowitz said. “As partners of God and custodians of the environment, we’re failing.”

Vinegar, the chief scientist of Israel Energy Initiatives, an Israeli energy startup, wants Israel to develop its massive reserves of shale oil, a precursor to useable fuel, which is locked tightly into underground rock formations and must be heated to nearly 600 degrees Fahrenheit before it can be used. Shale oil is difficult to extract and process, and produces more climate-damaging greenhouse gases than conventional oil. Vinegar estimates Israel’s shale oil reserves at around 250 billion barrels of oil, roughly the same as Saudi Arabia’s oil reserves.

Israel recently made some strides in its quest for energy independence, thanks to the discovery of massive Tamar and Leviathan natural gas fields in the Mediterranean. The two fields hold enough gas to supply Israel’s needs for decades and have raised expectations that Israel will become a major energy player in the Middle East. But Vinegar wants Israel to produce its own oil, not just natural gas.

“If you think the natural gas has had a big effect, just wait till you see the effects of hundreds of billions of barrels of oil,” he said. “It’s going to revolutionize the country.”

Abramowitz countered with his view that fossil fuels – like coal, oil, and natural gas – should serve only as transition fuels on the road to a renewable energy economy. Fossil fuels are the primary drivers behind climate change, which is causing increasingly severe weather around the globe, disrupting agriculture, and raising sea level. “We in the pro-Israel community need to make some difficult choices,” he said. “Do we want to perpetuate a world that does use oil, or do we have a different vision?”

Abramowitz expressed astonishment that Israel, with its reliable year-around access to sunlight in the Negev and elsewhere, had only committed itself to obtaining 10% of its energy from renewable sources, like solar and wind power, by 2020. He called that target “really, incredibly, embarrassingly modest” and voiced dismay that the government has not been eager to allow more solar projects in the country.

Vinegar said he was not opposed to developing Israel’s solar potential – and would welcome a tax on fossil fuels to fund research and development of renewable energy sources. “We believe renewables and fossil fuels can coexist and help each other,” he said.

Abramowtiz wants Israel to show the way for other nations to reduce their dependence on fossil fuels. He specifically called on the Jewish state to use natural gas to produce electricity instead of the much more polluting coal and diesel on which it now significantly relies. He also wants Israel to start using electric cars and to invest in better electric storage capability to allow solar plants to store electricity for use overnight.

The timeliness of the two advocates’ debate was underlined by an event taking place outside the conference at Walter E. Washington Convention Center, even as they spoke. At a protest outside the White House, just a few blocks away, hundreds of college students from around the country called on President Obama to reject the proposed Keystone XL pipeline, which would transport tar sands oil from Alberta to refineries in the Gulf Coast. Like Vinegar’s shale oil, tar sands oil is difficult to extract and produces more greenhouse gases than regular oil.

The protest ended with 398 students arrested in an act of civil disobedience.

The event was the brainchild of Michael Greenberg, a Jewish sophomore at Columbia University, who is heavily involved in the Columbia Hillel and the Columbia chapter of J Street, a progressive Israel advocacy group.

“The Keystone decision symbolizes the choice between finding progressively worse forms of energy, or making the transition to safer and more just ways of powering our society,” Greenberg said. “President Obama has been waffling on his commitment to future generations and putting our bodies on the line could be our most powerful tool for holding him accountable.” 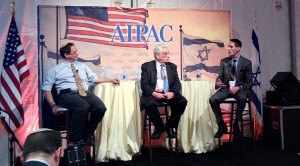