CEO Yosef  Abramowitz was one of many of the world's leading environmentalists to hit the streets of New York City for the biggest protest for the planet in US history. He joined fellow activist Arthur Waskow on a parade float version of Noah's Ark, making the point that the earth may be facing a repeat of the Biblical tragedy. 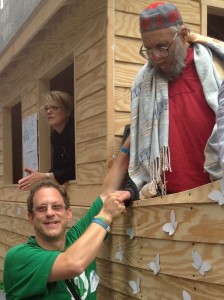 "I believe that access to green energy should be elevated by the United Nations to be a fundamental human right for all.  I am here to represent Israel at the People’s Climate March and to encourage Israeli and global decision makers who are gathering at the UN Climate Summit to take immediate steps to accelerate adoption of solar, end global subsidies for oil, swap out coal for cleaner natural gas and encourage governments to commit to electric vehicle fleets,"  said Abramowitz.

Also joining the march was Bill Mckibben, author, environmentalist, activist and co-founder of 350.org, an international climate campaign that operates in 188 countries around the world. 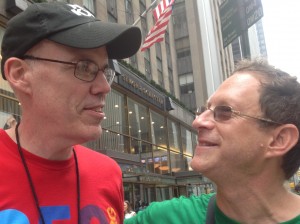 over 300,000 marched to raise awareness of climate change and its threat to the planet

Be part of the solution.

This entry was posted in Blog Post, Uncategorized. Bookmark the permalink.